ONCE UPON A TIME THERE WAS A KILLER 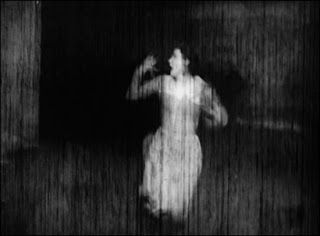 Once upon a time, in the mid 1950's, there was a killer. This man had problems too large for him to contain, until finally he had a woman in his car against her will, and intended to murder her. He was probably saying nightmarish things to her as they cruised slowly along H Street, only a couple blocks from the main downtown street of Blaine, Washington.

The man's car window was open, and he and his victim were passing two little boys sitting on the curb on the left side of the street. The boys, strangely enough, had just been talking to each other about what Heaven must be like, yet one of them hollered out and called the passing driver a bad name. This was too much for this psychologically-tormented man. He slammed on the brakes, swung open his car door, and began to chase the boys, who, fearing for their lives, ran in a panic around the church behind them. The boy who had insulted the driver glanced back and saw that a woman had jumped out of the other side of the car and was running down H Street toward the stores. The two boys hid behind an oil drum beside the church, expecting to see the man come after them, but the man didn't come that far. When they dared to come out of hiding, the man was gone, the car was gone, the woman was gone.

Later that day, the older sister of the bad-mouthed boy came home and said that she had been in Royal's Fountain when a woman came running in saying that a man was trying to kill her and begged them for a place to hide. They let her hide in the back room. By the woman's description, the boy realized she was the same woman he had seen run from the car. He had saved the woman's life!

Sometimes God will even turn bad actions into something good. I've always been amazed at the creativity and salvation of our Lord. I was that mean little kid.