MY LAST BLOG ABOUT THE POSTAL SERVICE (for awhile) 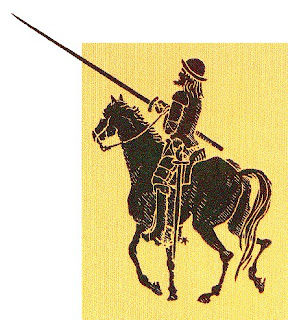 My sister told me that I've been writing a lot of blogs criticizing the Postal Service and that I should lay off and just be happy to have a job in these tough times. So this is the last blog I'll publish about the Postal Service for awhile. It's not that I'm not happy to have a job that I criticize the USPS, but that I see this company, too, going out of business; and I thought I was seeing what's putting it out of business, and so wanted to suggest remedies as well as the problems. But it turns out that I was falling short of the mark. And in a brief online conversation with a former co-worker of mine recently, I learned more about the whole problem than 22 years working as a letter carrier have taught me. So I thought I would share this conversation with you. This former co-worker had worked beside me for a number of years as a letter carrier herself, but now has been a postal supervisor for some time. We had just found each other online after more than a decade, and the way things started, I was afraid we were going to have an argument right off. She commented on my former post, "The Postal God," saying:
"You fool! This is your job and it's all about scanning now. If FedEx and UPS can get it right then why can't our intelligent professional Postal Carriers! I still have about 8 years left. I really would like to retire with a retirement check in hand."

I wrote: There is surely the question: If FedEx and UPS can get it right, then why can't our intelligent professional Postal Carriers? The answer can be found at  http://oldelephantwings.blogspot.com/2008/08/postal-service-is-going-out-of-business.html , and http://oldelephantwings.blogspot.com/2008/02/downfall-of-postal-service.html .
I have several friends in FedEx and UPS, and they reveal that their companies aren't quite getting it right either. It's interesting, though, to see it through a supervisor's eyes, and it's apparent you've been a supervisor now for some time.

She wrote: What you think and feel about the Postal Service is a little one sided, don't you think? Coming in from all sides and all jobs within the Post Office I have my fair share of gripes. If I didn't have the replaced hip I would still be delivering mail. Working as a Supervisor is like working as an adult day care worker - all you do is babysit. I have some really great Carriers and then I have those that I loathed even as fellow Carriers. Overtime is not a guaranty and yet half of them will commit to 15 minutes over 8 hours every day no matter what the mail volume. Here we have very few coverages . . . maybe 3 a week, but usually 2.Advos only come once a month, can you believe that? The mail volume is next to nothing, some routes don't even have 2 feet of flats total to case in the morning and yet they take 8 hours on the street but only 6 on a route count day. Long ago as a Carrier I asked the question of why we couldn't case DPS and correct the errors in office. The answer, which is reasonable is that while some Carriers would take very little time and be quite efficient, there are those who would be slugs and say that a foot is a foot is a foot. What would take 5 to 10 minutes to sort through a tray of DPS for one Carrier could take up to 40 for the Carrier who thinks they should get that 18 to 20 minutes per standard for a foot of mail. I am the opening Supervisor in our office, however I do close every now and then. DPS returns are not as great as you think . . . for an office with 50 routes the average bring backs is usually a half to three quarters of a foot of mail. As we have 3 zip codes in this office, it is usually is because of a lot of streets with the same names in this city versus the east section. At any rate, Dale, all I wish is that people had integrity and believed that an honest day worked is an honest day paid. Wouldn't the world be a better place if we all worked an honest 8 hours a day and had a life outside of the Post Office?

I wrote: Well, that's probably the main problem with USPS management--that everything must be universal. Everyone shouldn't case DPS, but only those who have a faster and more efficient day in casing it. For another example, my supervisor has found that my day goes faster and I still make my office time if I case my occupants and so "package" my mail, and so he lets me do it, but warns me that if I'm ever counted by higher management, to bring them to the street as I'm (universally) supposed to. Conversely, the carrier in the case next to mine cringes at the thought of casing occupants and would rather take them to the street (although I bet she would, if timed, be faster by casing them, since I always beat her back on occupant days). It would be so much better all around if supervisors would be allowed to be efficiency experts (on an individual carrier basis) rather than automatons (under rigid district management's universal control).

She wrote: It really would be nice to Supervise and hold people accountable instead of baby sit and file stupid reports on computers, however there's this one thing that destroys that and that would be UNION. It would be great to allow certain Carriers privileges over others based on performance levels, however UNION would fight it and KILL IT!

I wrote: Ah ha. That's yet another reason why I've never joined the NALC [National Association of Letter Carriers]. I understand your frustration, and ours! Correction accepted. I've been blaming upper management and seldom think of the union, which indeed causes a lot more problems than it fixes. I had been working off the clock regularly to case occupants for the next day, to make my delivery practically restful, and so have a better night's sleep the night before, and practically look forward to the next day's work. Well, of course the unionists frowned upon that, made occasional comments, but I kept on. Finally the big union guy visited, and came over to talk to me at my case, saying that if I worked off the clock again, they'd file a grievance against me. So I stopped (but my supervisor lets me case the occupants now ON the clock), and next time that bigwig union guy comes, I'm going to call out to him so all can hear: "Hey, you'll be happy to know that I haven't worked off the clock since you threatened me." So...great...now I have to criticize both upper management and the union! Thanks a lot.

She wrote: Not a problem. I never joined the Union either, based on the simple fact that when I was on the ODL [overtime-desired list] I always ended up carrying for the same damn union people who enjoyed all their breaks and lunches and then some, moved like slugs, and could never carry their own routes in a respectable time except when they were being watched over and counted. Go Figure!From what I can tell, Unions end up as more of a hindrance and create more damage than they help. Even amongst themselves!P.S. I worked off the clock a lot. The Union President threatened me with a grievance as well.

I wrote: This is a good conversation, and sheds a lot of light on the problem--how when management, labor and union are added together, the sum is negative. Would you mind if I post this in my blog and share it with everyone?

She wrote: Could I stop you? Would it help?