CARING HIPPIES WHO READ THE HELIX 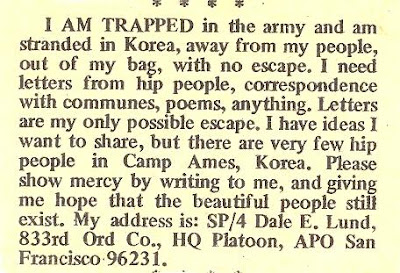 If anyone responded to this ad in the Seattle “Helix” in mid-1969, please let me know. Most of those who wrote to me are listed below: 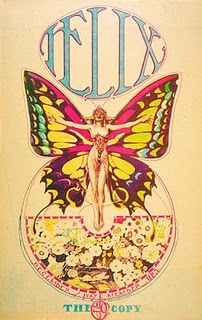 Many others also wrote to me. During the loneliest time of my life, soon after my girlfriend Penny died and while still in the Army overseas, more than a hundred people helped to cheer me up.  And not only did they write, several more than once, but I later got to meet some of them in person.  I was invited to join four communes, five girls wanted to ride with me in a motorcycle club I was thinking of starting called Gross Inc., and I felt happily overwhelmed by friendship. 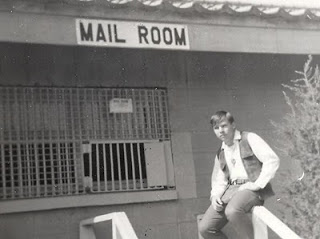 _____
If you liked this post, you may also enjoy the following:
The Butter Rum Cartoon