BETWEEN A SHOCK AND A HIGH PLACE

I've been wondering who I've hurt the worst in life. Surely I've hurt certain people so deeply and emotionally that I was never aware of it. It's the obvious hurts I remember, like talking David Thomas into riding on the back of my motorcycle without bothering to get his shoes because all we'd be doing is riding, and taking him way up a mountain trail and having him get off to admire a little lake, and suddenly taking off and leaving him up there to have to hike all the way home, several miles, in his stocking feet.

Things like this I remember, and I've been trying to decide whether or not this was worse than what I did to Jim Bingham. You decide.

I was over at my friend Calvin Vos' farm, in Sultan, Washington, in the late 1960's, at the same time Jim Bingham was there. Calvin was very tall, and I was short, but besides being even smaller than I, Jim had the audacity to be both haughty and obnoxious. I didn't care much for Jim, but put up with him.

The three of us were walking along Calvin's driveway. Calvin was on my right and Jim was on my left, and along the left side of the road was an electric wire that kept the cows in the Vos' field. At that point, the field was about ten feet below the road. There was a steep embankment, and at the bottom was a little pond where the cows gathered, where there was more manure than water. It crossed my mind how funny it would be if I were to bump Jim far enough over to touch the electric wire and get a shock. So, I gave him a little bump. 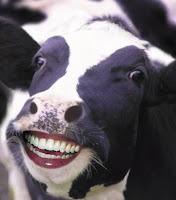 Evidently the bump was stronger than even I intended. Not only did Jim touch the wire, but his feet slipped out from under him at the edge of the steep and muddy embankment, and he began to slide down. To save himself, Jim grabbed hold of the wire with both hands and hung from it, over the edge. It was something to see. Jim's whole body tightened drastically as the electricity shot through the wire regularly every couple seconds. It was the choice of either putting up with electric shocks or sliding down into wet manure in front of an audience of cows.

Jim chose the shocks for what seemed like a long time, until he could stand it no longer. Finally he let go, and dropped out of sight. When Calvin and I peered over the edge, we saw Jim down at the bottom of the bank, sitting waist-deep in wet cow manure. And to add insult to injury as Jim, half-brown and smelly, managed to make his way back up to the road, Calvin and I couldn't stop laughing. It was the greatest slapstick we had ever seen.

So, which was worse? At least Jim didn't wreck a good pair of socks.


_____
If you liked this post, you may also enjoy the following: UFO over Sultan, Washington.
To see the complete contents of the Butter Rum Cartoon, click here.