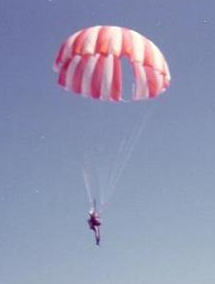 When told to do it I sat in the airplane's door;
They told me I was jumper number two;
I felt I'd bit off more than I could chew,
And began to wonder what would be in store
For me. Would I keep my head if the chute tore?
With all the training I'd received I knew
Just what to do, but I was nervous, too.
I left the plane and spread my limbs to soar,
And found that all my fears had been in vain;
The parachute had opened overhead
And all the noise had vanished with the plane.
I thought I would regret it, but instead,
I felt as though my soul itself was freed,
As I drifted like a dandelion seed. 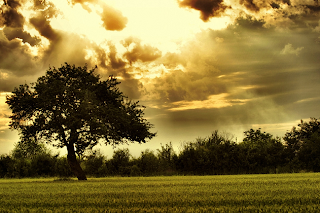 EYE OF THE STORM

The eye of the storm is peaceful and calm,
The spirit's the eye of the soul;
And if we let emotions rule
They're bound to take their toll.
But if we hear the still, small voice,
And heed our will's appealing,
How absurd can our existence be
When we feel how we don't feel like feeling.


CHEESE
Mildew is the reason

For putting all the cheese in
Air-tight things like Tupperware
As if we had the cash to spare
For Tupperware is not too cheap
And folks have cheese they cannot keep
If not for other plastic things
For which some people pawn their rings.
The moral of all this is this:
If cheese is something you'll not miss
You might as well just save your cash
And learn to live on corn-beef hash. 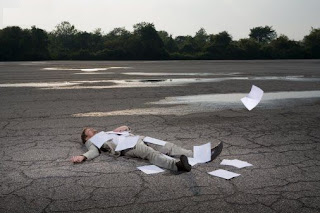 Clutching to his winsome ditty,
He plunders o'er the field with pity
To seek the dull and seek the witty,
But never shall he find them.

For forty floors above the earth,
The bigwigs tally up their dearth
Of all the purpose since their birth,
And leave it all behind them.

With papers strewn about their files
And heaped in out-of-order piles,
They lean against their restroom tiles
And force the world to mind them.

And so the bard forsakes his plunder,
All his works are trashed asunder
On the ground he's buried under
And nobody has signed them.