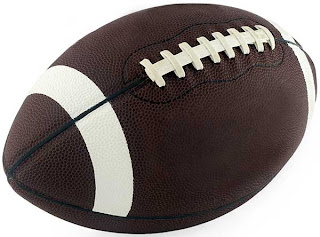 Television and I were pretty much born at the same time, and I grew up with it. I had my favorite shows even as a little kid--“The Lone Ranger,” “Superman,” “The Danny Thomas Show,” “Mr. Peepers,” “Art Linkletter’s Kids,” “Red Skelton,” “Dragnet,” “Life of Riley,” “Topper,” etc. etc. And often I would be plopped down and ready as ever to see one of my favorite shows, but then hear that dreaded phrase: “We interrupt regular programming to bring you…” And on would come some ball game…for hours.

In the Fifties and Sixties we didn’t have 2,850 television channels like we do today, with sports on 850 of them, and the other 2,000 showing the same shows over and over again on the same day. We had only a few channels, mainly three, struggling to get to us by way of an antenna on the roof; but there was a lot of variety on these channels, and seldom any trouble to find some neat program we wanted to watch. There were no sports channels, and so if some game came along that the networks figured a lot of people would like to see, pow! “We interrupt regular programming to bring you the Boston clear off round of the national series of college competition arena ball match special.” And instead of seeing how Superman stopped the robot, I’d be stuck watching some guys knock a ball back and forth across the screen until I’d think of something better to do, like listen to my 78-rpm records while drawing some mean giant with spears stuck in him. So sports and I were enemies from the start. 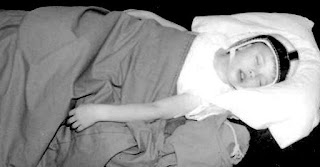 I tried to get interested in sports. At a Halloween costume contest I won a football and was thrilled. Eventually I got a football helmet and shoulder pads. We have an old picture of me actually sleeping in my football helmet. Then came that wonderful day when some kids invited me to join them in a neighborhood football game on the grass across the street. I remember having the ball and running my heart out for the goal. I remember the blow on my back. And I remember waking up, lying on the ground and groggily staring at the huddle of kids looking down at me. It was the only time I was knocked out in my life.

As a member of the “Real Book” Club, I got the “Real Book of Baseball.” And what a joy it was to get my first bat and ball and glove! I don’t remember ever playing baseball with them, but would occasionally have fun playing “Fly Up.” The book explained how to play baseball, as well as the game’s history, etc., but I was confused by all the rules. As time went by, it seemed more rules were added, and the game became more and more of a business and less and less of a game, and I lost interest.

My Dad enjoyed ball games, but it’s hard for only two people to play any of them, and I never let on that I was interested enough for Dad to teach me anything about them. But he was one of those people who liked to watch sports on TV, and even to listen to ball games on the radio.

I grew up without knowing how to play any ball games other than square ball and tetherball and eventually volleyball. I had a general idea of each game, but not enough to play any of them properly. And here is where public school failed. When I was old enough to be forced to take P.E. in school, the coaches would send us out to play whatever game was in season, but wouldn’t tell us how to play. It was just presumed that all boys know how to play football, baseball, basketball and soccer. I wasn’t unskilled in athletics. I could kick a ball far and fairly accurately and I could run fast. So what? There I was, making a home run. The spectators were shouting with excitement. It was wonderful! But what they were really shouting was, “Hey, stupid, you’re out! He caught the ball! What in the hell are you running for, idiot?!”

And I never considered myself the team mate of those who played sports in high school. They were of a different species. I liked writing and drawing and mythology and tarantulas, and they liked…other things. They were comfortable wearing a jock strap. Other than in basketball, the tall boys were clumsy, and so I’ve always appreciated being short. In typing class, one high school football star was coming up the aisle between the tables. He didn’t see a girl’s purse on the floor and stubbed his foot against it, knocking it a couple feet, then kept on walking forward. He kicked the purse about three times, spilling and stepping on much of its contents, before even realizing it was in his way. These guys were…different. I have to say, though, that the poor giant did finally stop and see what he had done, then squatted down and helped the girl pick up her things.

During a break at school, one jock befriended me enough to play Stretch. This is the game you begin by standing with your feet together, facing your opponent. One of you then throws a knife. If it sticks in the ground, the opponent then must step out and touch the knife with his foot, then he takes up the knife and throws it out trying to stick it. The game ends when the loser can’t step out far enough to reach the stuck knife. Well, these were the days when tight pants, even on guys, were the style. Of course I then wore loose and comfortable pants. And when I stuck the knife and my opponent stepped out to try reaching it, his pants ripped all the way from front to back between the legs. I cracked up laughing. He had to go home to change. The next day, he and two of his team mates were waiting for me in the hall outside the cafeteria. As I walked through the doorway, the ones on each side grabbed my arms while a third came running across the hall and kicked me in the groin. I heard a lot of laughter as I knelt in agony in the hall. These were ball players (no pun intended).

Now, whenever I look through a newspaper and come to words on a page that I can’t understand at all, I know I’m in the sports section. I know French better than Sports. Of course I’ve met a lot of good and honorable ball players, too, over the years, but it’s like meeting good and honorable citizens of a foreign country. Yet many of them also appreciate writing and drawing and mythology and tarantulas. I have a Seattle Seahawks cap, but that’s because I now live in the Missouri Ozarks and am homesick for the Pacific Northwest that this team represents.

On the way home from work, if the time is right, I often listen to the news on the radio. (I shouldn’t; it’s depressing; but I do.) But on Saturdays when I turn the car radio on, expecting news, there’s often a local ball game being broadcasted. By the terminology I eventually learn what kind of game it is, which teams are playing, and even catch the score, but otherwise it’s a foreign language. Yet I leave it on. As I listen to the drone and occasional emotion and the distant cheers, I don’t see in my mind the ball game. I see my Dad, sitting alone at the kitchen table, listening to the same sounds on his transistor radio, as he patiently lets me watch my TV shows in the other room. Dad passed away more than three decades ago, but he’s with me again as I listen, and I’m with him, and we’re rooting for the same team.